The Brown County Ukulele fest was canceled for 2021, but is scheduled to return for 2022!
In the meantime there will be an unofficial Facebook event held on the BCUF Ukulele Family Facebook page January 22-23, 2021. Follow the link and ask to join if you are not a part of the group. All details are on the group page.

The Brown County Inn has been a mainstay in scenic Brown County, Indiana since it opened in 1974.  The 65,000 square foot hotel, restaurant, and bar became a gathering place for visitors and local families alike.

Your ticket will include access to all concerts, open mics, and workshops. Sorry no refunds

Tickets on sale NOW!! Only 250 tickets will be sold, so get them ASAP!

This page will be growing as we get more performers/teachers.
This list is subject to change, so please stop by often to see who else may be coming

Aldrine Guerrero is an ukulele player from the island of Kauai. Originally from the Philippines; Aldrine takes styles of old and new, and mixes in his own formula of playful but yet mature sounds.

Aldrine’s vocals are quite unique and his play style of ukulele is described as “Hawaiian jam style meets 8-bit video games” He is also a multi instrumentalist that range from clarinets and saxophones to guitar and bass. Guerrero also composes original music.

Released 2 full length albums (‘Suite 409’ and ‘I’m a dreamer’) and two EP’s (‘Space suits’ and ‘The four strings of Christmas’) Guerrero has played for national and international audiences including US, Canada, Thailand, Japan, and Korea. His ukulele work has been featured in radio, television, and a major animated film (Hotel Transylvania) Aldrine also keeps a steady social network using twitter (2000+ followers) Facebook (4500+ friends) and YouTube (29,000+ subscribers)

Guerrero is also the head instructor at ukuleleunderground.com with over a million hits each month, Ukulele Underground has a massive library of ukulele tutorials and the largest online ukulele forum. Ukulele Underground’s forum currently has over 1 million posts from over 75,000 members (3900+ active)

Pull up a chair and relax. Put on Aldrine’s music and drink it in… It always goes down smooth.

Ben Carr is a Southern Vermont based musician focused on performance and education of drum set, percussion, and ‘ukulele. He performs solo and also fronts his own band, the Ben Carr Music Project, and is a member of blues guitarist Sunny Lowdown’s band. He has also appeared with many NE regional bands, including R&B/jazz artist Patty Carpenter, the Americana roots group the Milkhouse Heaters, and the original Vermont reggae outfit Mo Ambesa. In addition to these groups, Ben has shared the stage with Clarence ‘Gatemouth’ Brown, Trumystic, Carlos Averhoff, Eugene Uman, Lou Erlanger, Ayizan Sannon, Page McConnell and Mike Gordon, Lil’ Rev, Gerald Ross, Stu Fuchs, Jim Beloff, and many more.

Ben’s music combines his early years of growing up in SE Pennsylvania with his time spent living in New Orleans and Vermont. From this melting pot of rhythms, ideals, life experience and love comes a truly original style of music which reflects these influences and can be heard within his compositions. Ben’s 6th studio album, Uke+Drums=Love, combines his two musical passions and will be released in summer 2019.

He is also a graduate of the James Hill Ukulele Initiative and as an educator, Ben’s philosophy is to bring joy and fulfillment to all musical encounters. Ben’s goal in every teaching interaction is to facilitate the enjoyment, appreciation, and understanding of the language of music. 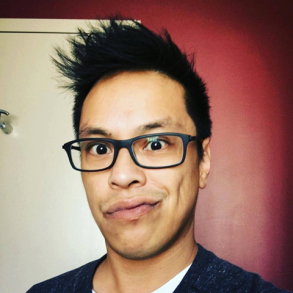 Narciso “Seeso” Lobo
He is a craftsman songwriter and infectious performer, bursting with earnestness, humor, and heart. Fueled by a love of story and character, his songs are tactile and immediate, able to coax the listener from laughter to tears and back again with each passing rhyme.

Seeso had almost given up on music, having played every Chicago dive bar in half a dozen bands. After the loss of his girl and his guitar, he happened upon a humble ukulele in Chicago’s legendary Old Town School of Folk Music and bought it on the spot—it just felt right. Wanting to share this newfound joy with the world, Seeso began to upload ukulele videos online. Before he knew it, “Thank You for Leaving Me (When I was Down)” became the first original ukulele song to be featured on the front page of YouTube and has since garnered over 1.3 million views.
The ukulele had saved his musical life. Today, Seeso is a generous and lively “human jukebox” jam leader and featured performer/instructor in ukulele festivals across the country. His unconventional “Pop Rocks” (pop, R&B, and hip-hop rhythm) workshops have been enthusiastically welcomed. He is an unofficial leader of the online ukulele community and a member of the ukuleleunderground.com team.

Music from the heart. We follow our paths by listening to each other as we throw melody’s to each other to chase. This journey started by a chance viewing of a street busker in Belgium while we were on tour with the Flea Bitten Dawgs. We heard this man playing a Shruti Box. The sound haunted Thom till we returned stateside and he could find one. With both Lee and Thom having a strong foundation in improvisational music helped us find our musical path. The results are Shruti Nadis! Our main focus is doing music for yoga sessions, meditation, and ecstatic dance. The instruments we use are, shruti box, ukulele, dulcimer, bells, hand percussion, overtone singing, chanting, djemba, tri-bongo’s, cymbal, agogo’s, cowbells, and many other rhythm instruments.

Matt Lindahl picked up the ukulele after his washboard and guitar ran out of songs about 15 years ago. A fan of hip hop, Woody Guthrie, classic country, digital Latinx cumbia, and other folk traditions, he writes songs that often rhyme, and rhyme often.
He began writing in conjunction with traveling the US by thumb, Greyhound, and, $400 cars, and has sought to convey his experiences through song. Ah,, but that was many years ago. Now, he amuses himself by making interesting sounds on long drives, exploring spaces in his vocality.
His albums are available on Bandcamp, where those purchased become KIVA loans. 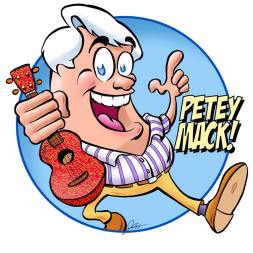 After playing many instruments since childhood Pete found the ukulele nine years ago and his life was forever changed. The ukulele brings together his two passions, the love of people and the love of music. For the past 3 years he has brought his joy of teaching and arranging music to hundreds of beginners.Pete utilizes group singalongs to encourage and motivate players to have the self confidence to be themselves and to play in public. 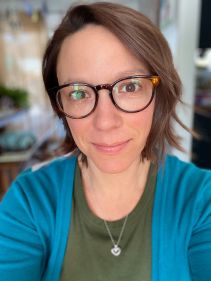 I was born and bred in Milwaukee, Wisconsin with dual passions for music and education. I opted for the pragmatic route and earned a Bachelors Degree in Community Education from the University of Wisconsin, Milwaukee. After college, I split my time as an educator between teaching music to grade schoolers at the Milwaukee Jewish Day School, and as an adjunct music historian and lecturer at The University of Wisconsin, Milwaukee.

As far back as I can remember, I’ve courted the creative muse, which compels me to write and perform the music I love. After many years of performing across a wide spectrum of midwestern venues, I left my grade school and college teaching jobs behind to pursue my musical dreams full-time. Since then, I’ve traveled hundreds of thousands of miles, visited every state in the Union (except Alaska and Hawaii), wrote almost a dozen instructional books, recorded over a dozen albums and taught thousands of students ukulele and harmonica.

Twenty-plus years in, that was the best choice I ever made.

Growing up in the shadows of American Motors, Briggs & Stratton, and A.O. Smith, the sights and sounds of Milwaukee’s industrial powerhouse in flux were an inspiration for my music, infusing it with strong esteem for the common man. It’s probably no surprise that my heroes include Pete Seeger, Woody Guthrie, Josh White, Sonny Terry, Cicso Houston and Leadbelly.

The way I see it, music isn’t just about entertainment. It has the ability to uplift spirits and empower human beings, whether you’re a kid, a senior, someone with developmental disabilities, or just an average person just getting through your day.

Without a doubt, my first loves are for the humble ukulele and harmonica. But the truth of the matter is that I’m actually a seasoned multi-instrumentalist equally adept with a flat-pick guitar, old-time banjo, or blues mandolin.

You can find me traveling across the country, teaching and performing at Ukulele Festivals. Every autumn I tour the eastern regions of America, followed by journeys deep through the south and up through the west in the winter.

Sarah Flint got involved in the Bloomington music scene in 1982.

Venturing into country music Sarah performed every Saturday all day at the Bloomington Community Farmer’s Market when it was still on 6th St. That led to working with Andy Ruff and The Dew Daddies.

In the early 2000s Sarah became a mother and stepped into jazz as lead vocalist for The Stardusters big band then forming her own combo. Sarah’s Swing Set released two albums of vocal jazz including the song penned by Sarah, The Perfect Gift.